Committed artist, prolific singer-songwriter, attentive producer, generous actor, Patrick Bruel knows how to do everything! From the stage to the cinema, there are only a few steps, which he crosses cheerfully, in both directions, since 1979 and Le coup du Sirocco. From La maison assassinée to Alors regarde, from scenes with the Enfoirés to Une vie à t’attendre, through the voice of Buster Moon, the koala of Tous en scène, he is able to start over again and again, “to continue to invent, to sing and to make people sing”.

Nominated for the César for Best Actor in 2013 for Le Prénom, Patrick Bruel will come and talk about this film, and many others no doubt, on Sunday, November 6 at 4:30 pm at the Cinéma Palace (screening of the film “Le Prénom” by Alexandre de La Patellière and Matthieu Delaporte followed by an exceptional meeting with Patrick Bruel). It’s an opportunity to see this jewel of Franco-Belgian cinema again, to be carried away by an incredible talent… and to attend one or other of these surprises that the FIFCL has the secret! 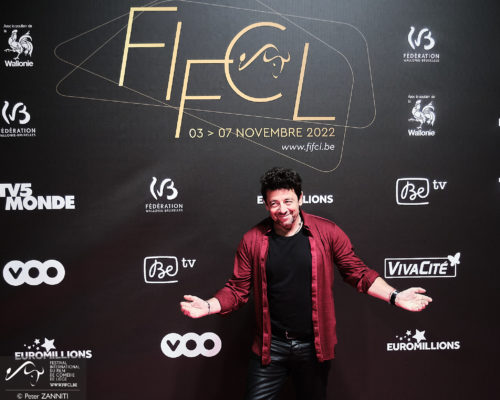