0 Items
The FIFCL
in 7 questions 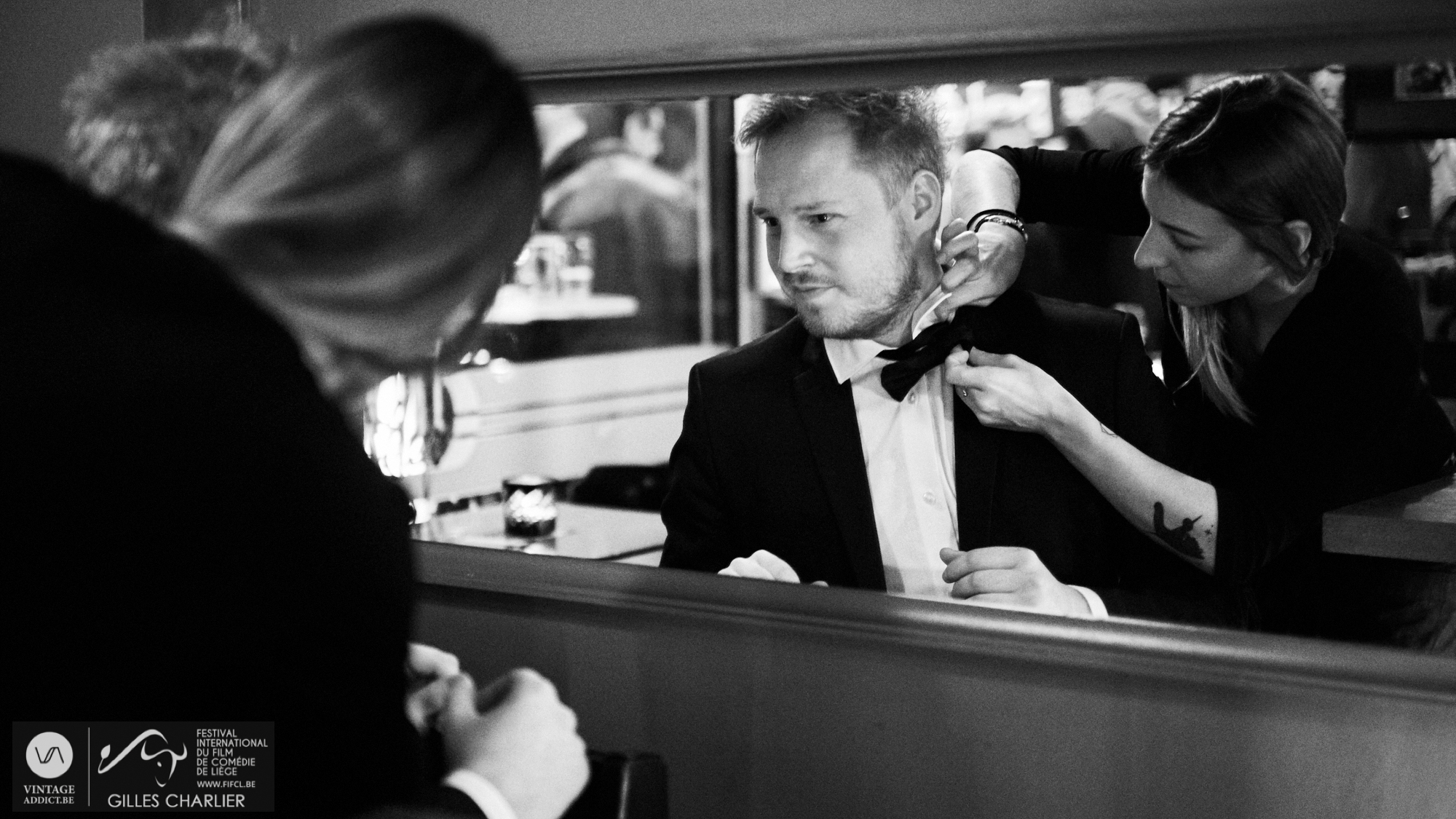 7 questions for Adrien François, Executive and Artistic Director of the Festival

Why a comedy film festival?

Because there was no such festival in Belgium, even though we have a significant network of recognised directors and actors.

The FIFCL aims to highlight daring yet popular cinema, that brings people together. Our Festival is for the artists of yesterday, today, and tomorrow. The programme’s range increases year on year, with laughter as the common thread. The Festival attracts new stars, and holds on to the old ones. Above all, it has a universal value: we laugh in every language and in every country of the world!

Who makes up your audience?

Because laughter knows no borders, we don’t restrict ourselves to one type of audience. We strongly believe that comedy can touch everyone and that it brings people together, depending on what they like or want to see. That’s why, in shorts or features, we offer the full range of slapstick, dramatic, topical, horror or romantic comedies. And that’s not all.

People come to the Liège International Comedy Film Festival to see and be seen.  They come to rub shoulders with the stars on a red carpet of (almost) a kilometre in length, to watch a TV recording, or to catch a special concert under the Marquee (Chapiteau). They might share a sofa with an actor who happened to be passing by, or a table corner with a hungry director. They might try to avoid (or not) two hundred photographers, perhaps they’ll meet a future Festival president and talk business or gossip, or maybe they’ll strike a pose at a photocall. Ultimately, they too will become an indispensable part of this Festival that combines the global with the local, and glamour with fun.

Every year, in addition to our hectic and varied programme, we also organise all kinds of events surrounding the films, some surprising discoveries, and inspiring encounters.

Encounters with our guests, but also with all those who help us make the FIFCL an event worthy of our city.  This Festival will never be Cannes, but it will always be Liège: all the participants remember the warmth of our welcome, the humour and the kindness they experience here. Whether they come from near or far, each one of them is playing their part in giving comedy its rightful position that is lacking in Wallonia. This can only, must only, continue.

You have a very local Liège viewpoint…

That’s right! From the outset, the Liège International Comedy Film Festival has also had a public service mission by bringing life and vitality to the Place Cathédrale, the cinemas and theatres, not forgetting the hotels, the bistros, the restaurants, and local craftsmen, all of which have been given a boost by the volunteers, the guest artists, and the ever-growing number of spectators.  We also have the involvement of the (GRE-Liège), who organised the Rencontres Professionnelles 2021: Liège is truly living up to its title of “Cité ardente” (the Ardent City).

…with a wonderfully international scope!

We always ensure to offer a programme of short films and feature films, with subtitles, from all over the world. Since 2016, about thirty countries have been represented in Liège: Belgium of course, as well as France, the US, the UK, Iran, Israel, Italy, Spain, Canada, Luxembourg, Germany, Japan, Mongolia, Egypt, Morocco, Tunisia, Azerbaijan, Algeria, Cameroon, the Netherlands, Bulgaria, Denmark, Croatia, Qatar, Turkey, Palestine, New Zealand, Ireland and Mexico. The list gets longer every year!

How do you select the films?

We open registration 6 months before the start of the Festival. We receive about 250 short films and about 60 feature films each year, from all over the world. The common thread, as we know, is comedy in all its forms. Then, we base our choices on 4 criteria: the directing, the script, the technical qualities… and the emotion! A film has to transport the jury to a different time and space. It must make them cry tears of laughter or sadness; it must move them.

What is the secret behind the Festival’s incredible energy?

The success of the Festival lies in its strong teamwork: our people are committed individuals, from different generations and backgrounds. Passion is also an important factor: all of us are both a little mad and deeply ambitious. We always strive to do better from one year to the next!

Most importantly, we can also to count on the investment of ten experienced managers, and on the generosity of more than 150 volunteers. Everybody pulls their weight, and everyone’s job is essential, whether it’s welcoming guests, introducing them to the audience or organising meetings, for example. During the Festival and the weeks leading up to it, the organisation runs like clockwork. It’s intense, but it’s great fun!